This Performance has been Postponed 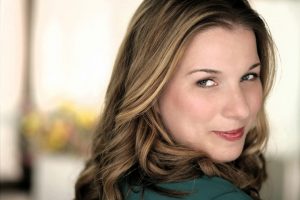 Lyric soprano Lisabeth Miller is sought after for her musically sensitive and dramatically compelling performances on both the opera and concert stages.  She was thrilled to return to the Farmington Valley Symphony as their featured soloist in December of 2018, and to made her role debut as the Mother in Amahl and the Night Visitors with the Farmington Valley Chorale in 2017.  2017 also saw her as  Donna, Jennifer, and Holly in the world premiere of The Faith Operas by David Wolfson with Hartford Opera Theater and a performance with the Manchester Symphony and Chorale as the soprano soloist in Mahler’s Das Klagende Lied.

Dr. Miller earned her DMA in voice performance at the University of CT, as a student of renowned pedagogue Dr. Constance Rock. She also holds a master of music degree from the Hartt School of Music, as well as a bachelor of arts degree in music from Brandeis University.  She is proud to be the artistic director of Hartford Opera Theater, as well as director of music at Old St. Andrew’s Episcopal Church in Bloomfield, CT.  Read more about Dr. Miller at: https://www.lisabethmiller.com/biography 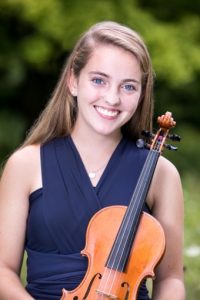 Hannah Adler is a student at the Loomis Chaffee School in Windsor, CT, and has been playing violin for 12 years. She began her studies with Emily Greene at the Northampton Community Music School, and then became a student of Teri Einfeldt at the Hartt School of Music. She has played in the Connecticut Youth Symphony, the Loomis Chaffee Orchestra, and the CMEA Northern Regional and Connecticut All-State Orchestras. She performed in the Junior Honors recital at Hartt and was selected to play the Bach Concerto for Two Violins with the Manchester Symphony Orchestra in 2018. At the Hartt School, Hannah has been a part of the Chamber Music program since 2015. 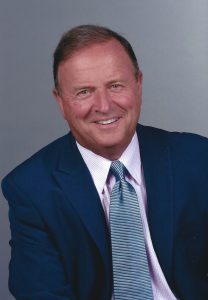 Jerry is the recipient of numerous awards, including an Honorary Doctorate of Humane Letters from the Connecticut State University System, the Connecticut Business Hall of Fame Award – Junior Achievement, Lifetime Achievement Award from Hartford Business Journal.  Jerry served on the People’s United Bank Board of Directors

Jerry enjoys reading, working on his and Ida’s farm in Georgia and spending time with his family, especially granddaughter Madison.