The FVSO announces the establishment of “The Janet Fantozzi Memorial Chair” 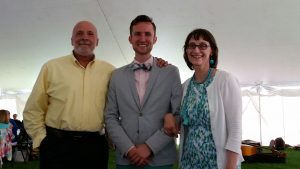 The members of the FVSO mourn the passing of dear friend and colleague Janet Fantozzi, who has been a valued member of the second violin section, former board member and volunteer. To commemorate and honor the impact she has had as a musician in the FVSO, on individual members and on the local community as a string teacher for many years, her family and orchestra members are accepting donations to the orchestra’s endowment fund for the establishment of this memorial chair. Funds to the endowment support the ongoing programming of the FVSO such as the many side-by-side concerts with the Farmington Public School Music Department.

In conjunction with this, the FVSO is honored to announce the creation of the Janet Fantozzi Memorial Scholarship, awarded to a Farmington High School Senior who plans to pursue music as a major in college, with preference given to music education. FHS seniors may apply beginning in March of 2022 with notification given in May 2022, this will be a one-time award to cover the cost of music books and musical supplies. Application details will be released in Fall of 2021. Donations to the endowment also support this scholarship.

Please join us in honoring Janet’s legacy and her incredible influence on the Farmington Valley community.

Donations in any amount may be mailed to: