Requiem will take you back to the 18th and 19th century, to celebrate new beginnings. Featuring St. John’s Episcopal Choirs and Scott Lamelein, organist and choirmaster, this concert is one you won’t want to miss.

This concert is at no cost. Free will donations accepted.

The St. John’s Youth Choir is a group of singers that has fun while learning all about music reading, theory, vocal training, and the great sacred choral repertoire, old and new. With worship at the core of their work together, the Youth Choir prepares anthems and other music twice monthly for the 10:30 a.m. Sunday service at St. John’s Church. St. John’s Youth Choir is affiliated with the Royal School of Church Music, an international organization of choirs that sing in the English choir school tradition. 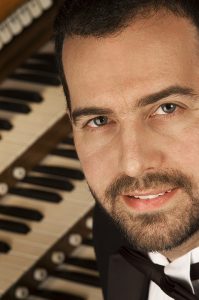 As director of music and organist at St. John’s, Scott Lamlein directs the Royal School of Church Music-affiliated Youth Choir and the semi-professional Adult Choir. He also serves as artistic director of the Music at the Red Door concert series. Cited by The American Organist magazine as infusing his music with “virtuosic flair and fire,” Scott’s performances bring a unique emotional and spiritual inspiration to his audiences. In demand as a concert artist, Scott has traveled near and far, with appearances at the Piccolo Spoleto Festival in South Carolina, First Night Worcester (MA), and the Organ Masters Series in Nashua (NH). He has concertized in Germany and Switzerland, as well as in metro Boston and New York. Previously, he served as artistic director of the Music Alive! Concert Series, the a cappella chorus, Sacred Voices, and the South Hadley Chorale. Scott has three CDs in current release—The Organ at Worship, and In Quiet Joy: Music of Advent and Christmas, and a CD of his piano compositions, entitled Peace. He also is featured on the CD, Great Organs of Worcester. Recently, one of his compositions was selected for publication by the Lorenz publishing house. Scott’s greatest musical passion, however, is his work at St. John’s, where he sees music as a ministry and a real connecting point with the sacred. Each person involved in this music ministry plays a role in helping others through the ups and downs of life by providing moments of solace and wonder through beautiful music.

Arrival of the Queen of Sheba

Notes on the Program 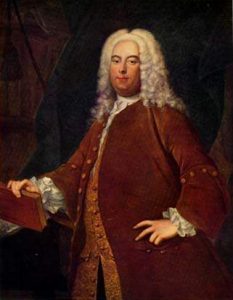 Handel settled in England in 1712 in what would mark the beginning of a transformational period of musical life in England and in Handel’s reputation as a composer and performer. In 1727 he wrote four coronation anthems for George II which includes the famous “Zadok the Priest”. Solomon, an oratorio, is based on the biblical stories of King Solomon from the First Book of Kings and Second Book of Chronicles. The lively and spritely Arrival of the Queen of Sheba has remained a popular extract from the oratorio, featuring a charming duet between two “cackling” oboes.

It has been said that my Requiem does not express the fear of death and someone has called it a lullaby of death. But it is thus that I see death: as a happy deliverance, an aspiration towards happiness above, rather than as a painful experience. The music of Gounod has been criticized for its inclination towards human tenderness. But his nature predisposed him to feel this way: religious emotion took this form inside him. Is it not necessary to accept the artist’s nature? As to my Requiem, perhaps I have also instinctively sought to escape from what is thought right and proper, after all the years of accompanying burial services on the organ! I know it all by heart. I wanted to write something different….Everything I managed to entertain by way of religious illusion I put into my Requiem, which moreover is dominated from beginning to end by a very human feeling of faith in eternal rest.