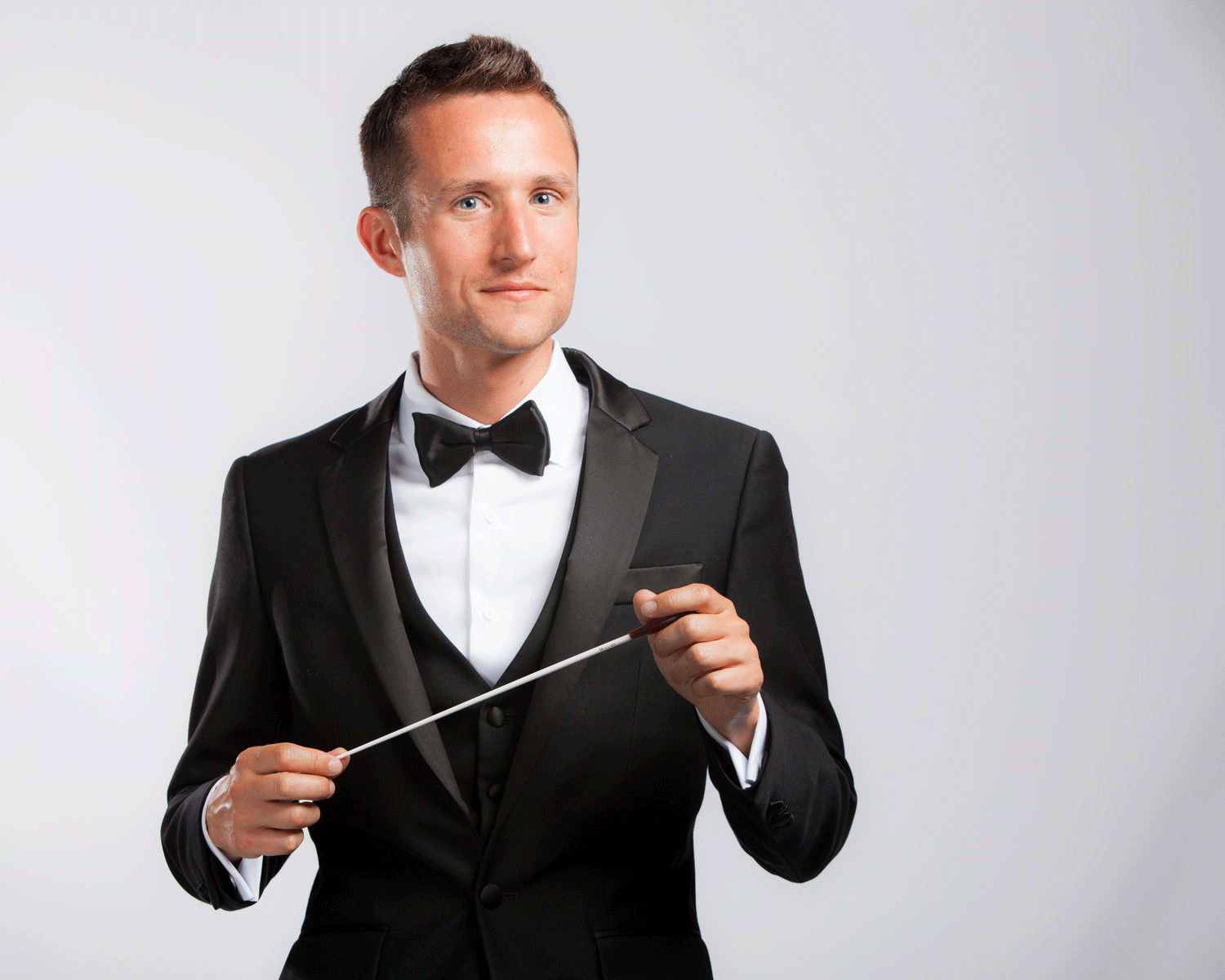 Born and raised in Middlesex, England, Jonathan Brennand‘s conducting has been praised by the Cape Cod Times for its “precision and vitality.” In 2014, he was appointed Music Director of the Farmington Valley Symphony Orchestra, and is the orchestra’s second conductor in its 41-year history.

He is currently in his tenth season as Artistic Director of the Worcester Youth Orchestras, and conducts the 60 member Worcester Youth Symphony Orchestra (WYSO) and Worcester Youth Baroque Orchestra (WYBO), an orchestra he founded in 2014. In addition, he oversees the Preparatory Division, comprised of the Youth Philharmonic and String Orchestra, as well as an early instrumental program. He works with a staff of over 12 faculty members, directors and coaches who help provide music education and orchestral training to over 250 students from central Massachusetts. Under his leadership, he has grown the Worcester Youth Orchestras from one ensemble to eight ensembles. Jonathan has toured with the WY Symphony to Montreal, Quebec, Vermont, New Hampshire and most recently a week long tour to the Czech Republic (2019). He and the orchestra recently performed in the Veterans Memorial Hall, the first orchestra to perform there since the Hall’s dedication.

Jonathan recently celebrated his 18th season with College Light Opera Company where he serves as Music Director and Principal Conductor. At College Light Opera he has garnered much praise from critics on his “commendable music direction” (Barnstable Patriot) and “inspired” (Cape Cod Times) interpretations of European and American operetta as well as classic American Musical Theater. In 2010, he was awarded a grant from the Victor Herbert Foundation to restore the score of the composer’s comic opera Naughty Marietta. In August 2013, he was awarded the WISE Foundation’s Conductor of the Year Award for his music direction and conducting of Die Fledermaus, which the Cape Cod Time described as “dynamic” and full of “technical prowess”.

Prior study was an apprenticeship in Salzburg and Vienna under the tutelage of Heinz Ferlesch (BCF), BA in Music and History from Drew University and a MM in Orchestral Conducting from UMass Amherst.