Hop on board with the FVSO at our Voyages concert featuring Peter Boyer’s phenomenal work “Ellis Island: The Dream of America” which combines music, images, and spoken word from immigrants that traveled to the United States from 1892 to 1954. This classical concert will take you overseas to experience the immigrant journey to a new world.

Lisabeth Miller is sought after for her musically sensitive and dramatically compelling performances of opera, art song, and concert repertoire. Recent solo appearances have been with Opera Connecticut, Opera Theater of Connecticut, Hartford Opera Theater, the Farmington Valley Symphony Orchestra, The Nutmeg Symphony, The Farmington Valley Chorale, The Waterbury Chorale, Con Brio Choral Society, the West End String Quartet, the Snow Pond Symphony, and the Connecticut Doctor’s Orchestra. Dr. Miller is artist teacher of voice on the faculty of the Hartt School, University of Hartford, where she teaches applied voice lessons and vocal literature courses; she has been music director at Old St. Andrew’s Episcopal Church since 2010, and also serves on the choral conducting and voice faculties of the Hartt School Community Division and New England Music Camp.

Ellis Island: The Dream of America

Notes on the Program 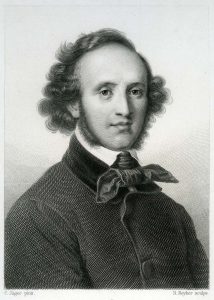 Based on two poems by Goethe, Mendelssohn’s orchestral concert overture represents the journey of sailing ships across the vast ocean. In the days before steam, a calm sea was a terrifying prospect for sailors as with no wind there was no source of power for sailing ships’ vast sails. Mendelssohn’s overture starts with a serene maritime landscape before a fury of string work as the wind picks up and the ship sets sail. It concludes with a triumphal brass fanfare indicating the arrival of the ship at its final destination.

First Performance: Commissioned by The Bushnell Center for the Performing Arts, in celebration of the inaugural season of its Belding Theater. It was premiered by the Hartford Symphony Orchestra, conducted by the composer, with actors from the New York stage, directed by Martin Charnin, at the Bushnell in April 2002. The premiere was broadcast on National Public Radio’s SymphonyCast program in July 2002. 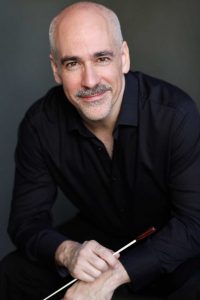 Ellis Island: The Dream of America, Boyer’s most ambitious work to date, celebrates the historic American immigrant experience and the American dream. Innovative in its format, the work brings elements of the theater and multimedia into the concert hall, employing actors and projected historical images from the Ellis Island archives.

The spoken texts for the work come from the Ellis Island Oral History Project, an historic collection of interviews with actual immigrants about their experiences emigrating to America. After extensive research in this archive, Boyer chose the stories of seven immigrants who came to America through Ellis Island from disparate nations between 1910-1940. He fashioned short monologues from the actual words of these immigrants, and wove them into an orchestral tapestry which frames and comments on their stories—by turns poignant, humorous, moving, and inspiring. The work concludes with a reading of the Emma Lazarus poem The New Colossus (“Give me your tired, your poor…”), providing an emotionally powerful ending to this celebration of our nation of immigrants.